skip to main | skip to sidebar

And, Here we Go Again.

It’s been quite some time since I’ve written anything on my blog here. When last I wrote, it was concerning the Wakefield affair and my thoughts in reference to said affair. I promised that I would further write about it, and that I would try to get it to you soon.

Sadly, I had to break my promise to you. This is for several reasons. Work has, sadly, crept into my personal life. Major projects at work have forced me to take on added responsibilities. On top of this, they’ve been downsizing my department, so now we have less people in my department who are doing more. So, that caused some significant interference in both my blogging persona as well as my own writing. So, my thoughts on Wakefield remain in my blog queue, I have still not had time to finish “Callous Disregard,'” and I was even contemplating cancelling my blog.

What is it, you ask, that has brought me out of semi-retirement?

I’m sure you can probably figure out why, can’t you?

After yesterday’s announcement, I figured that you all may be wondering about my thoughts (well, the one or two of you that read my little blog). Don’t worry, I’ll let you all know about that shortly.
What I really wanted to talk to you about is our favorite false-skeptic and Dr. Who fanatic. Yes, that’s right…the guy who likes to talk about himself in the third person; Mr. Ego himself, Orac.

Orac’s latest execrable article is titled “Another swing for the fences and a miss by the anti-vaccine movement.” And yes, you can be certain, it is chock-full of logical fallacies, ad hominem attacks, and strawmen arguments, all wrapped up in the pretense of actual science. But this one is so bad that I just HAD to come out of my partial retirement and say something.

So, please allow me to take this apart and look at it.

He starts his post by hurling accusations of “anti-vaccine” no less than ten times in a paragraph that is eleven sentences long. Yes, I kid you not. On top of this, he devotes a good portion of this paragraph hurling insults and negative epithets on those he disagrees with in order to make it clear that he has no intention of honestly looking at the press release. This is a tactic known as “poisoning the well.” In other words, he is presenting adverse information to his audience with the intention of discrediting or ridiculing everything they say before they actually say it. This is, of course, a form of ad hominem fallacy. And as we all know, such logical fallacies have no place in real science.
He then starts describing the paper:


“The things I do for you! One thing that I didn't do for you, I will admit, is to watch the press conference announcing the report. After all, why bother with the spin when I can look at the report itself, which has plenty of spin, all wrapped up in legalese and logical fallacies commonly used and abused by lawyers?” 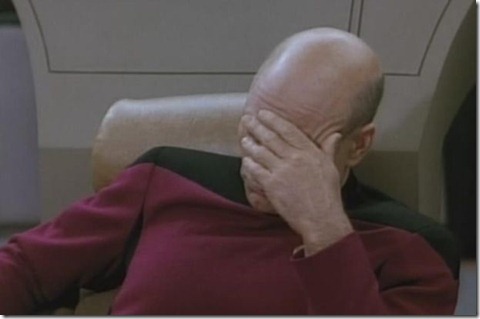 So, after reading that excerpt, I’m sure you can all see the reasoning for the above picture. He mockingly accuses those he falsely labels “anti-vaxxers” for using logical fallacies, all while he gleefully makes logical fallacies. To use his extremely juvenile and blatantly idiotic phrase:
“He owes me a new irony meter.”

He then goes on to quote a line from Lewis Carrol’s “Through the Looking Glass,” which describes how Humpty Dumpty confuses Alice with how he twists words to mean what he wants them to mean. Then, he accuses the authors of the report Unanswered Questions from the Vaccine Injury Compensation Program: A Review of Compensated Cases of Vaccine-Induced Brain Injury of doing just that; changing the meanings of words to fit their purpose.

I’ll get to that in a minute, because it is quite important.

He goes on to describe a few key points from the report, which focuses on looking at a number of children compensated through the NVICP for vaccine injury and brain damage, who then later developed “symptoms consistent with autism spectrum disorder.” Here’s what he has to say:


“It is not as uncommon as we would like in medicine for conditions and diseases to be defined primarily (or even only) by aggregations of symptoms. Irritable bowel syndrome is an example. Ditto tension headache. Moreover, it is often the context within which those symptoms arise that distinguish one diagnosis from another. In any case, the DSM-IV provides fairly clear diagnostic criteria for autism. If the child doesn't have enough of these criteria to be diagnosed as autistic, that child could have "autism symptoms" but not autism. This is not a difficult concept, except apparently for Holland et al, who seem to be arguing that any child with autism-like symptoms must have autism. This is akin to arguing that anyone who has a belly ache or diarrhea must have irritable bowel syndrome or that someone who experiences a headache must have migraines” 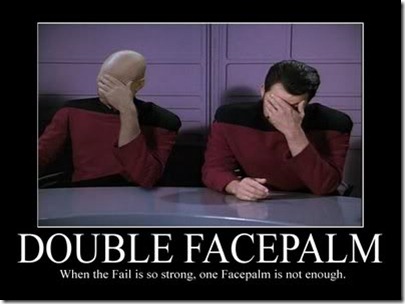 That’s right, ladies and gentlemen; he just said that these children did not have enough symptoms of autism to be classified as having an ASD. He did this, mind you, without providing a single shred of evidence! And this is not the first time he’s done this. When Hannah Poling was awarded for her vaccine injury, he outright said that she didn’t have autism, even though her parents and physician said that she did. So, it is quite clear that he is twisting the meaning of the word “autism” to suit his own purposes. Oops…there goes another irony meter.

Here’s the deal; 39 of the parents of these children were able to provide proof that their children received an ASD diagnosis after their encephalitis. But, Orac says that that isn’t autism…without seeing any of their medical records.

He then continues with a discussion of the prevalence rates, and how the authors of the report got those numbers. For the sake of amusement, let’s see what he has to say: 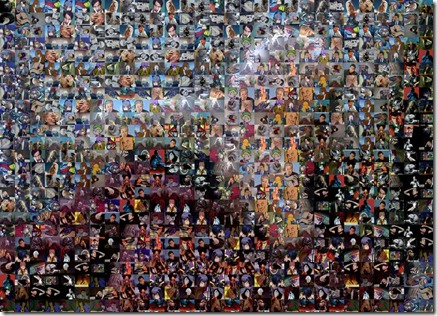 The report made it quite clear that the rest of the 83 children they are saying developed autism after their injury were evaluated and found to be autistic. They used similar criteria and methods that the British study that was released recently did that found a prevalence of 1 in 100 autistic adults (this was done with a survey, and many of these adults surveyed had no official diagnosis and were self-diagnosed). But, the British study was legitimate. Yes, the irony is so thick that all future irony meters will not melt into a pile of radioactive slag.

You know what, though? Let’s say you agree with him and completely disagree with the findings in the report. One simple and irrefutable fact remains:

These children were compensated by the United States government because they were injured by a government-sponsored vaccination program, and those injuries caused brain damage and behavioral symptoms that look an awful-lot like autism.

He then finishes off with an insulting barrage on those he disagrees with, insinuating that the Korean study that was just released was actually good science (it wasn’t; there have been several reviews of this “study” that show just how awful the methodology was). But, since Orac agrees with it, then it HAS to be legitimate.

He closes with this little gem:


“In other words, they did all that work and wrote all those words in order to add yet more evidence to support what we already know from copious evidence from a large and robust existing body of studies: That vaccines do not causes autism. They just refuse to realize or admit that that's what they've done.”

Somehow, without reviewing the medical records of these children, or even reviewing their histories, he is able to make this definitive statement.

And somehow, in all of this, he has the audacity to claim he is science and evidence based?

Man, did I call this one. He did EXACTLY what I said he would.

David, if you read this, please take this bit of advice. Calling yourself science and evidence based after writing that piece of evidence-free garbage is, quite simply, hypocrisy to the infinite power, and frankly quite dishonest. You call yourself a scientist? The hypocrisy I pointed out has NO place in real science. I think that, perhaps, you should return to high-school for remedial science classes. Sadly, I feel that the students in high-school would be far more mature than you, at least mentally.
Posted by MySocratesNote at 4:30 PM

Stuff I look at regularly

I don't really mind vulgarities, so much. As long as you aren't rude or an asshole to me, we're cool. I don't moderate, so watch the attitude, or you will get banned. Also keep in mind that these posts are clearly my opinions, and I give the reason for my opinions where I see fit.